It is a moment of pride for Sikh community and the Punjabi people. An India born Sikh American named Raunak Nirmal has made his name registered in one the most reputed magazines in the world, the Forbes Magazine, based in the USA, in the Forbes 30 Under 30 as the featured honoree for Retail and E-commerce category.

Raunak Nirmal, 29, a young entrepreneur is the co-founder and CEO of Acquco, an online company that allows e-commerce entrepreneurs to achieve their desired financial goals through Amazon and is one of the largest and fastest-growing aggregators of companies that sell on Amazon. Acquco works with third-party e-commerce sellers and they go out to acquire brands and allow them to participate in the growth of their brands alongside them.

Nirmal has raised over $160 Million to gain businesses that will generate around $250 Million in revenue this year. Raunak Nirmal has earlier worked in Amazon as an analyst right after his college and even started several Amazon companies himself and says that he has been living and breathing Amazon.

He is the first-generation Sikh-American who emigrated at the age of seven with his parents from India to America. Nirmal recalls how his parents were his idol to make him stand on his feet himself. Nirmal was 14 when he started his first online company and made enough money to pay for his studies and coachings. “My first job out of college was at Amazon where I started as a business analyst. My boss told me to go out and start a brand on Amazon and after 6 months I left Amazon to pursue selling on Amazon full time.”, said Nirmal.

Nirmal has also given away Teslas for leads on deals in the white-hot space and is in the process of raising around $400 Million, targeting an IPO next year or two. Making it to the Forbes list isn’t that easy for an e-businessman and this 29 years old made it happen in just around 7 years and made everyone proud with his deeds. 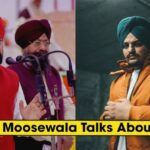 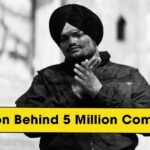