There’s bad news for Karan Aujla’s fans in the US. As we all know Karan Aujla was supposed to perform in various cities of the United States, beginning from Indianapolis on 14 May. The show has now been cancelled! Karan Aujla won’t be performing at any venue in the United States. The fans have been left disappointed by this sudden and shocking news!

The actual reason behind this is that Karan Aujla’s show promoters could not get Karan’s business visa on time and for this reason, Karan Aujla has been denied entry into the States. Karan Aujla himself revealed the information as well as the news through an Instagram story.

Apologizing to the fans for all the inconvenience caused, Karan also urged everyone to get a refund for their tickets. The tickets for Aujla’s USA tour had been sold like anything weeks before the tour was supposed to begin but now, all of them will be refunded.

This is probably the saddest news his fans can hear today. Being more than excited for all the shows and you suddenly realize that it is not happening. The artist had just dropped his most awaited EP way ahead, which had climbed to the top of world music charts. The fans were more than excited to see Karan once again back in his form, but luck neither favoured them nor Aujla. His USA tour was also supposed to mark the beginning of his World Tour.

ALSO READ | Karan Aujla Announces His Next EP After Way Ahead

He is scheduled to hold many live shows all over the world in Australia, New Zealand, Europe, India and Canada. The Australia and New Zealand tour will begin in the month of July.

Considering that the USA was the World Tour’s first venue, it is unsure if the rest of the tour will go on as it is. The venues and even the dates of the shows can be changed. The USA tour was supposed to take all of May month and now that it is not happening, the rest of the shows in other countries can probably be preponed so that fans don’t have to wait too long to see their favourite artist performing live on the stage again. 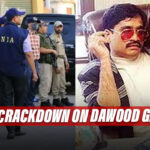