The Punjabi Cinema is all set to entertain its fans with the upcoming Punjabi movie Oye Makhna. The title in itself is very fascinating and attractive. The film will star Ammy Virk and Tania in the leading roles, and has a lot to offer to the fans. We have collected 5 major reasons to watch Oye Makhna in theatres.

The trailer of Oye Makhna has been already released on YouTube and is earning a positive response from fans. With more than 5 million views, it is also attracting exciting comments from netizens. Before we head towards the list of 5 reasons that make Oye Makhna a must-watch, watch the trailer of the film here,

Oye Makhna is going to feature the superstar of the Punjabi Film Industry; Ammy Virk and the very gorgeous Tania in the leading roles. We don’t have to put much emphasis on why this pair is one of the biggest reasons to watch this film.

We have seen the enchanting chemistry between Ammy Virk & Tania in Sufna and Bajre Da Sitta. Fans absolutely loved the pairing in both movies, and have now set their eyes on Oye Makhna.

Guggu Gill undoubtedly is one of the finest actors in the Punjabi Film Industry. He has acted in various Punjabi movies, and we know him for his typical rough and angry characters. But this won’t be the case with Oye Makhna.

The fans will get to see Guggu Gill in a rare comic role. He is indulged in drama and various hilarious sequences. The actor has already stolen the show in the film’s trailer by mimicking the COVID-19 announcement.

You are definitely missing out on the craze if you haven’t already listened to the songs of Oye Makhna. Be it the romantic melody of Chann Sitare or the heart-aching Chum Chum Rakhya, the songs from Oye Makhna’s playlist are brilliant.

We are excited to see how the makers have used these songs in the story of the film.

Oye Makhna is directed by Simerjit Singh who has helmed amazing projects like Angrej, Muklawa, Nikka Zaildar and more. On the other hand, writer of movies like Honsla Rakh, Chal Mera Putt, Aaja Mexico Challiye, and more; Rakesh Dhawan has penned the story for Oye Makhna.

The duo definitely is a strong one, and enough to make the film a must-watch in theaters.

After watching the trailer of Oye Makhna, you will notice the film is going to follow a dramatic and hilarious storyline. But with this, a love story and emotions are also well carved in the comedy genre.

Oye Makhna is going to be a light-hearted family drama movie which will mainly focus on entertaining the masses.

We are sure these reasons have raised your excitement levels for Oye Makhna too. We have high expectations from the film and we believe it is surely going to be a full-on entertainer.

Now coming to the credits of Oye Makhna, apart from Ammy Virk, Tania, Guggu Gill and Sidhika Sharma in leading & pivotal roles. The film is directed by Simerjit Singh and its story is written by Rakesh Dhawan who has also penned stories of superhit movies like Honsla Rakh, Chal Mera Putt, Aaja Mexico Challiye, and more.

The film was earlier scheduled to hit the silver screens on 9 September 2022. But now the film has been pushed to 4 November. 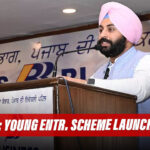 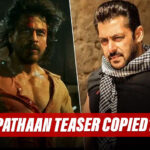