Sidhu Moosewala, who bid a sudden and the most unexpected farewell to the world on 29 May, 2022, is one of the most loved artists in the country. Throughout his career, he had a loyal fanbase connected to him, which was ready to believe that Sidhu was simply the best ever. And this legacy of his, continues even after his physical form no longer remains.

What made people fall in love with the 28-year old young artist? Sidhu achieved in 4 years what many artists couldn’t in decades of their careers. Right from his first song, “G Wagon” to the last “Levels”, Sidhu remained at the top of the industry.

What Made Sidhu Moosewala Different From Other Artists

1. Right Or Wrong, He Was The Realest

Be his opinion and views right or wrong, but he was never afraid to put them forward. He never stayed back from talking about social issues in his interviews or even songs that many in the industry do not want to talk about. Many would agree with his views while many differ, but he was the realest in the scene. His views reached the audience without any filters. No backlash, external pressure from gangs or anything could stop him ever.

3. He Wrote What He Faced In Real Life

Whatever we got to hear in Sidhu Moosewala’s tracks, all of it was inspired from his very own experiences. He wrote the stories of a “Tibbeyan Da Putt”. Even the songs that talked about his death or the death threats he gets were true. This is a major reason why listening to any of Sidhu’s tracks today, after his death, feels like he was talking about the future. He wrote what inspired millions and people could relate to him which made them fall in love with Sidhu the artist as well as Sidhu the person.

4. He Could Write & Sing Any Genre

Sidhu Moosewala proved it on various instances that he wasn’t merely a lyricist writing and singing about guns. He wrote about societal issues in songs like 295 and Lovesick. He wrote about his life in songs like East Side Flow and Just Listen. He made love and romantic songs like Sohne Lagde and Aj Kal Ve. He could rap, he could hit those high notes and he proved his lyrical and vocal versatility on a number of occasions. He was a once in a lifetime artist.

Sidhu Moosewala was not limited to just Punjab or Punjabi audiences. He was one of the very few Punjabi artists who represented Punjabi Music and community at a global stage. A turban at billboards, on international Spotify, Apple Music and iTunes Charts. He was also named among the 50 upcoming artists of 2020 by The Guardian. He had more international collaborations than any other Punjabi artist ever.

Also Read: How Sidhu Moosewala & His Idol, Tupac, Met The End Of Their Life In The Same Way?

6. A Figure To Idolize

After years, the audience got a figure they could idolize. Though Sidhu talked heavily about violence and guns in his music, he did not even mention drugs or alcohol once in his music career. He did not objectify girls in any of his songs. People not only idolized Sidhu Moosewala for the kind of change and wave he had brought in the music, but for the personality that he carried.

Sidhu Moosewala wasn’t somebody whose personal life was hidden from the public. Everybody knew where he lived. His character and outspoken personality attached fans with him like no other artist. He did not feel like a celebrity to them. He lived among them, talked to them, listened to them and made them feel home. Though he was the biggest superstar of the industry, he lived in his village among his people.

Sidhu Moosewala was a once in a lifetime artist. We will never have another Sidhu Moosewala. It is for the very reason why his loss feels like a personal loss, though we do not share any personal relationship with him. 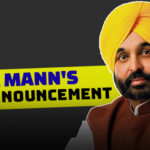 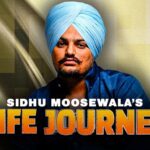