Zomato, an online food delivery platform has been on the receiving end of strong fuss from netizens after a customer shared a Twitter post where he was asked by a company executive to “know Hindi”.

A post of Twitter user Vikash from Tamil Nadu has now gone viral with thousands of reactions criticizing Hindi as a national language. The hashtag #RejectZomato started trending on Twitter furiously after the tweet went viral. Zomato’s customer care has issued an apology and termed the incident as “unacceptable”.

According to Vikash, the customer service executive told him that his payment could not be refunded and he shared a screenshot of the chat.

The post has instigated a debate on racism and the language barrier on Twitter. Vikash, however, was not happy with the whole episode and sought a ‘strong clarification’ and ‘public apology’ from the executive who he claimed, ‘accused me of being a liar and asked me to learn Hindi without any base reasons.’

Now after this tweet, it seems that Zomato has got in touch with Vikash on call and contended that his concern was ‘addressed’. Further, Netizens took to their twitter handle and showed their anguish. 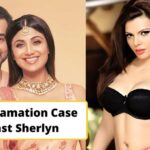 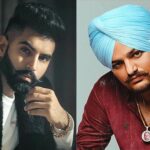