Ammy Virk and Tania are counted among the finest and most prominent actors in the Punjabi Film Industry. They have acted in various Punjabi movies and have shared screens together in two; Sufna and Baajre Da Sitta. They will be next seen in the upcoming Punjabi movie Oye Makhna.

The makers of Oye Makhna have recently postponed the release of the film. The film was earlier scheduled to hit the silver screens on 9 September 2022. But now the film has been pushed to 4 November.

Ammy took it to his Instagram account, where he recently shared a motion poster of the upcoming movie. We can see the happy and smiling faces of Ammy Virk, Tania and Guggu Gill in the video post.

Coming to the credits of the film, it is written by Rakesh Dhawan who has also penned stories of superhit movies like Honsla Rakh, Chal Mera Putt, Aaja Mexico Challiye, and more.

The team of Oye Makhna surely is very rich and has made us build high expectations. Yes, the film has been delayed, but it sure looks like it is worth the wait.

Moreover, both Ammy and Tania are currently busy collecting praises for their recently released movie Baajre Da Sitta. The film was a musical treat and also featured Noor Chahal in the leading role and Guggu Gill in a pivotal role. 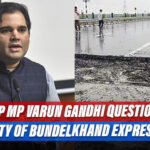