The superstar and most loved artist of Punjabi Entertainment Industry, Diljit Dosanjh makes his fans go crazy with the very update he shared on social media. He has been entertaining us all with his amazing songs, albums and movies as well.

And now, Diljit Dosanjh is set to rule the music charts with his upcoming EP Drive Thru. This EP was announced long back and Diljit had also released some quirky hints about the tracklist. You might also have checked Diljit’s post where he shared five emojis dedicated to each song of his EP Drive Thru. The emojis are; Peaches, Lemon, Blue Whale, Red Chili & Ice Cream.

Also Read: Check Out These Behind The Scenes From Diljit Dosanjh’s Upcoming EP Drive Thru

And guess what, the beloved artist has now unveiled the release date of Drive Thru as well. Diljit took it to his Twitter handle where he first shared an animated poster to tease his fans about Drive Thru.

Soon after the post grabbed the attention of his admirers, Diljit dropped another surprise and announced the release date of his upcoming and much-awaited EP. As per the latest update by Dosanjhwala, his EP Drive Thru will be released on 15 July 2022.

Diljit’s surprise has actually made his fans go gaga as the wait is not long. Diljit had also shared a preview of ‘Peaches’ song on his social media a few days back. The post also grabbed the eyeballs of many and raised our excitement levels.

And now, when the entire EP is dropping super soon, it has become difficult for fans to hold their horses. We are waiting for Drive Thru to release and break records just like GOAT & Born To Shine did. 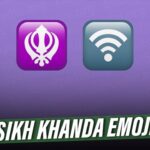 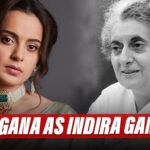