The Bollywood Film Industry is on the track to finally reviving itself with quality projects. Sooraj Barjatya, who is considered one of the finest writers and directors of Bollywood is now set to release his next project. Sooraj has helmed cult hit movies like Hum Aapke Hain Kaun, Hum Saath Saath Hain, Vivah, and Prem Ratan Dhan Payo; is now ready with his new project called Uunchai.

After a long gap of 7 years, Sooraj Barjatya is finally making his comeback and it’s really a very strong one. Sooraj’s Uunchai stars Amitabh Bachchan, Boman Irani and Anupam Kher in the leading roles. And apart from these, actors like Neena Gupta and Parineeti Chopra will be seen playing pivotal roles.

The film as announced will be a project to celebrate and cherish friendship. The first look teaser poster of the same was also released on the occasion of Friendship Day.

In the poster, the three legendary actors are seen climbing up a mountain covered with snow. The film will hit the silver screens on 11 November 2022. And the film’s poster and the announcement have left the celebs from the industry and fans super excited.

Now coming to the credits, Rajshri Productions has presented his movie in association with Mahavir Jain Films. The film’s tagline reads, ‘Friendship Was Their Only Hope’, and this is making us crave more details about the film.
No doubt, all three; Amitabh Bachchan, Boman Irani and Anupam Kher are three phenomenal actors and have worked on wonderful projects. But watching them share screens with each other in this special project is going to be a blissful treat for fans. 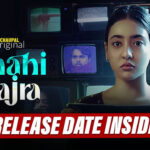 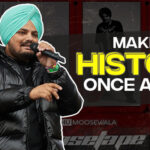