Alma Matters: Inside the IIT Dream has been released on Netflix finally on Friday i.e. May 14th. The series has won the hearts of the audience and grabbed a 9/10 rating on IMDB. It’s not only a must-watch but also worth sharing with your friends too.

It was all over the internet immediately after the release of its first season. While various Twitter users shared the funniest and goofy memes based on the latest series, some viewers shared their feelings, reactions and reviews on their social media accounts.

Alma Matters: Inside the IIT Dream is based on the lives of IIT students as it’s name suggests.

It shows the very thin yet strong thread between the dreams of admission at IIT and living that dream. But in no way means the series only shows the struggles and tough part of the IIT life. It in fact has a very unique and realistic approach. It also shows the students enjoying the phase of their lives, dancing and even watching movies.

The series is based on IIT Kharagpur. And the story is beautifully and so perfectly screens because the directors Pratik Patra and Prashant Raj were IIT students at Kharagpur too.

The series has tried to touch various aspects of the lives of IITians in their three episodes long web series. We must say if you are or were a student of IIT, this must have already attracted you. And even if you aren’t one of those, this series is a must watch for everyone at least to realise how not so easy it is to be there to fulfil one’s dreams. 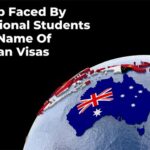 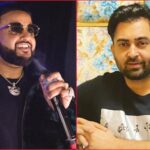