Where Sushant Singh Rajput’s suicide case is revealing new and surprising stories almost every day, now Bihar DGP has given a statement saying, ‘Rhea Chakroborty is not traceable’. They’re trying to meet her, but she wasn’t even available at her place in Mumbai.

In response to this, Rhea’s advocate is trying to contradict the argument by stating that Rhea is not missing. This is not their first argument going viral on social media, but it has become a daily update now.

Other than this, you should know, other than social media applications like Facebook and Instagram, Twitter is also flooded with millions of tweets for late actor Sushant. There are multiple hashtags on twitter that are demanding CBI investigation for Sushant and Justice for Sushant.

By now, lakhs of people including many celebrities have also highlighted the case.

Recently today one more news connected with this case is going viral on the Internet that IPS Officer Vinay Tiwari, who reached Mumbai from Patna is forcefully quarantined by Brihanmumbai Municipal Corporation (BMI). Vinay was in Mumbai for his official duty to investigate and look into Sushant Singh Rajput’s mysterious suicide case.

We with the fans of Sushant hope this case gets solved as soon as possible so that the guilty be punished. 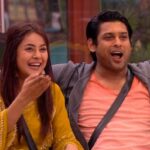 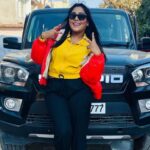