As the most controversial show, Bigg Boss 15 aired yesterday on 2 October, the list of contestants was finally revealed. There was immense suspense on whether Rhea Chakraborty is going inside Bigg Boss 15 or not. While all the names were disclosed last night, it looks like she is not in the final list as of now. We do not know if the makers will bring her later. Also, sources tell us that Rhea Chakraborty was offered the show for a massive fee that is near about Rs 35 lakh weekly, which would have been the highest ever fee offered to any contestant in the history of Bigg Boss.

Moreover, as we know, after the demise of actor Sushant Singh Rajput, there was immense curiosity around her, and having her would have got the show a lot of eyeballs. But now, it is confirmed that Rhea is not a part of the show, at least right now.

Rhea also slammed the rumour recently and took to Instagram to clarify that she is not participating in the show. Rhea wrote in her Instagram stories, “I believe there are some rumours about me being part of TV show Bigg Boss, this is just to clarify that there is no truth to such rumours. I am not a part of Bigg Boss.”

Talking about the 15th season of Bigg Boss, it will be broadcasted on Colors TV Channel and hosted by Actor Salman Khan. Salman Khan entered the show with some dance steps on the track ‘Jungle Hai Adhi Raat Hai’. The participants which were seen in this show are Jay Bhanushai, Tejasswi Parkash, Karan Kundrra, Umar Riaz, Afsana Khan, Ieshaan Sehgaal, Simba Nagpal, Donal Bisht, Sahil Shroff, Shamita Shetty, Pratik Sehajpal, Akasa Singh, Nishant Bhat, Miesha Iyer. This time the theme of the show will be the Jungle which looks more interesting and ultimate this time.

During the launch, the contestants had to find out which animal they resembled in their jungle through ‘Awesome Mirror’. Also, Salman told the contestants that this season will not only be fascinating but also difficult. The biggest reality TV show of the country is finally on! 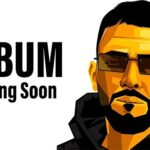 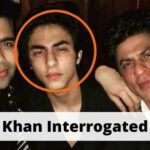