Who can deny that Richa Chadha and Ali Fazal make one of the most adorable and charming Bollywood couples? Every time they are spotted together, in every frame they look made for each other. And soon, the tag ‘Just Married’ will also be used with their pictures. Yes, you guessed it right, the longtime couple is finally all set to tie the wedding knot.

If you have always loved and drooled over the mushy chemistry between Richa and Ali Fazal, you must be feeling butterflies in your stomach right now. Our favorite couple will be married by the end of September or the very beginning of October.

The grand wedding festivities of the Richa-Ali wedding are expected to start from the last week of September and will go on to the first week of October. The couple has reportedly booked a hotel near the Jaipur-Delhi highway for their pre-wedding events. The venue is a three-hour drive from Delhi.

As per Economic Times, the pre-wedding functions will be held three days in the last week of September at the Royal Heritage hotel. And after a gap of three days or so, the wedding ceremonies will take place in the first week of October. The reception will reportedly take place in a hotel in South Mumbai.

Both Richa Chadha and Ali Fazal are currently very busy wrapping up their shooting assignments. While Ali is busy with the shoot of Mirzapur 3 in Varanasi, Richa is occupied with Sanjay Leela Bhansali’s Heera Mandi.

Coming back to the grand wedding details of Richa and Ali, the couple was set to get married in 2020 but the plans were canceled after the death of Ali’s mother in June 2020 and the passing of his grandfather in April 2021.

But now, they are finally getting married after dating each other for years. All their fans and admirers are extremely happy and excited to finally see their favorite couple hitched. 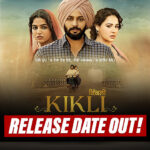 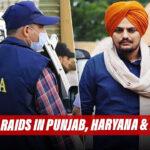