Rocketry: The Nambi Effect which stars R. Madhavan in the lead role of Scientist Nambi Naryanan has been released in theatres. The film is written, produced and directed by the lead actor, R. Madhavan himself and is the biopic on a former-ISRO scientist and aerospace engineer who was falsely accused of espionage, Nambi Narayanan. Here is the Rocketry Review to help you out in deciding whether to watch or skip this biopic.

The film stars Simran, Rajit Kapur, Muralidaran, Misha Ghoshal and others in supporting roles. R. Madhavan plays the key role of scientist Nambi Narayanan and leads the audience into the truly inspiring, emotional and educational life story of Nambi Narayanan. Check out the Rocketry Review presented in various segments to help you out!

Padma Bhushan awardee Nambi Narayanan was a scientist and aerospace engineer at ISRO. In 1994, he was charged with espionage (spying or gathering confidential information) and later arrested. After a hard legal battle of years, CBI dismissed all the charges against him in 1996 and he was declared ‘not guilty’ by the Supreme Court of India in 1998. He was also awarded Rs. 50,00,000 compensation to be recovered from the Government Of Kerala.

The film, Rocketry: The Nambi Effect explores the life of Nambi Narayanan before joining ISRO, his contributions to science, the false charges against him, the mental cruelty he had to go through and finally the moment when he was declared ‘not guilty’. It is truly an inspirational and motivating story to live and Rocketry has been successful in conveying the emotion behind this story.

R. Madhavan plays the lead role of Nambi Narayanan. He, as always, has completely outshined everyone with his acting skills in Rocketry: The Nambi Effect. R. Madhavan was the star of the show and put up a brilliant performance.

And, how can we forget to mention that the film also has Shah Rukh Khan! He makes a guest appearance to surprise the audience. Tamil actor Suriya also has a cameo in the Tamil,Telugu and Malayalam versions of the film.

All the characters were tight in their roles and put up a good collective acting performance on the screen with R. Madhavan being the star.

The Hindi version of the film has 2 songs – Behne Do & Aasmaan. Both the songs are sung by Aditya Rao. The lyrics of Behne Do are written by Ran Shekhar while for Aasmaan are written by Anurag Mishra. The music of Behne Do is given by American musician, Nate Cornell and for Aasmaan, Billy Dawson has done the job.

Both the songs feel good in the film and are situational. They add the intensity and the inspirational tone to the film and successfully convey the emotion.

The Tamil Version of the film has two songs written by Nambi Narayanan himself. “Peruvali” and “En Kanmani” are both sung by Aditya Rao.

The Music of the film is good if not outstanding. We have some good tracks that keep the audience engaged and related to the emotion throughout.

The film is written and directed by R. Madhavan himself. Though, R. Madhavan did not do an outstanding job at direction, the way he did at acting, but it wasn’t bad enough to spoil the film. The direction could have been better but it does not spoil the film, at all.

As Rocketry Review mentioned earlier, the story is based around the real-life of Nambi Narayanan and it is one of the most inspiring, motivational, emotional and gripping real-life stories you’ll ever see. We have seen stories of actors, sportspersons, politicians, tragic events and even gangsters, but this is the story of a genius scientist who fought injustice outside his lab.

The editing of the film feels good. It is 157 minutes long and nowhere feels stretched out.

Rocketry: The Nambi Effect without any second thought is a must watch. Rocketry Review concludes with the film being an amazing biopic. It is important for the people to know this story and educate themselves. R. Madhavan has been brilliant with his performance and the team has been successful in living upto the burden of a ‘real-life story’. The film will inspire you, break you, make you emotional, happy and you’ll walk out of the theatre not doubting your choice to watch the film.

ALSO READ | When Shahrukh Khan Requested R. Madhavan For A Role In Rocketry: A Nambi Effect! Here Is Why The Film Is So Special 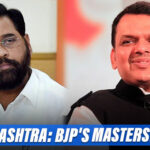 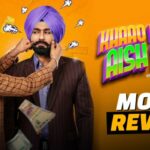