Rapper and musical artist Bohemia is a popular name across the world. He is known for his songs and inspiring many young rappers. But recently the artist shared  a piece of news on his social media handle which can be described as devastating for his fans. In his latest Instagram story, he has opened up about his bad physical health, and requested his fans to keep him in their prayers.

In his story, he wrote, “It’s time I stop hiding my health issues with you all. I’ve been suffering from multiple physical issues. Pain has been a part of my life for to many years. This has slowed me down. But “YOUR” love (My core fans) is like the only life line I have now. So please keep me in prayers.

Bohemia has not specified anything in detail about the health issues he is going through, hence his fans are both curious and tensed. This news surely is a bad one, and not what the Bohemia fans were expecting. Yes, the announcement of every new project has to be special, but this has turned out to be surprising.

Team Kiddaan wishes that he gets well soon, so that he can entertain his fans to the fullest who love him more than anything else. 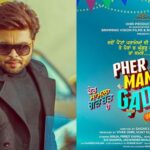 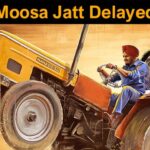