In the modern world of everything getting online, Bollywood actors and makers are also finding their way to OTT platforms. While various acclaimed actors have already marked their places in the OTT world, now is the turn of Bollywood’s most popular action director Rohit Shetty.

Yes, Shetty is all set to mark his OTT debut and his journey he is not alone. He has taken Ek Villain star Sidharth Malhotra for the project and has made a big announcement on social media. Rohit shared an amazing video of him working on the new project and introducing Sid in a police uniform. Sharing the same, Rohit also wrote his Cop-universe is going digital and when it’s finally happening it has to be BIG.

Titled Indian Police Force, the series will be released on one of the leading streaming platforms; Amazon Prime Video. Not only this, Rohit Shetty has also claimed this project as India’s biggest action series, which surely is a big promise. The announcement video of the same looks very cool and has teased the fans with dashing Sid in police uniform, the Shetty signature cars sequences, action and a big team.

The filming of the project is in progress and talking about the same, Aparna Purohit; Head of India Originals, Amazon Prime Video, India said, “We are excited to collaborate with Rohit Shetty on his first-ever digital venture with a story that salutes the selfless service and unwavering commitment of our police forces. We are certain that this series will further intensify the action-packed cop-verse that Rohit has built over years. We are delighted to welcome actor Sidharth Malhotra into the Amazon Prime Video family as we embark on our journey of creating this action extravaganza. We are confident that Indian Police Force will provide an immersive and an exhilarating experience to our audiences worldwide!”

Rohit Shetty also expressed his excitement for the big collaboration with Amazon Prime by saying,

“Indian Police Force is a very special one for me and I’ve been working on it for years. I’m delighted to be collaborating with Amazon Prime Video to breathe life into this story which will transcend geographies and linguistic barriers, providing me an opportunity to showcase the same to audiences worldwide. I am super excited to be working with the amazingly talented Sidharth Malhotra in this series. I have always strived to push the envelope of action-first entertainment and with this series, I am confident we will create a new benchmark.”
Also Check: Real Story Behind Upcoming Bollywood Movie Runway 34 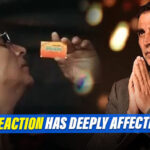 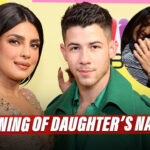