The beautiful story of the song GALAT has been unfolded. Bigg Boss fame Rubina Dilaik and Paras Chhabra have collaborated together for a song by Asees Kaur. The two have created magic in the song with their amazing acting skills. Rubina Dilaik after winning Bigg Boss season 14 has won many hearts and her fans have showered immense love on her since then.

The song is based on the story of betrayal and both the actors have portrayed the central theme of the story very well. The response to the song has been very positive and it is well received by the audience. Just within the few hours of the release, it has almost reached 790k views and the comments sections is spammed with all the love for the team and the song. Breath-taking and gorgeous are few of the words used by the audience for Rubina and Paras’ expressions are really appreciated.

A stunning performance by Rubina and Paras will compel you to watch the story till the end and Asees’s melancholy voice makes the song even more magical. Check out the song if you haven’t already and do not forget to share your views about the song.

ALSO READ: Sargun Mehta Sets The Floor On Fire With Her Sizzling Moves 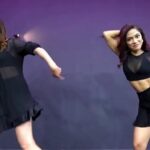 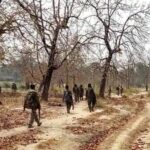