The Punjabi Music Industry has always been a hub of controversies. While the singers here keep releasing new tracks to entertain their fans, they knowingly or unknowingly land in trouble. And the one we are discussing today is concerned with Karan Aujla’s song Oouuu.

The song was released 2 months ago, and its music video dropped on YouTube recently. And the video has been involved in unwanted controversy. Actually, the netizens have blamed the Oouuu team for copying the video concept for the song’s video.

People on social media are continuously comparing the music video of Oouuu with the video of Justin Bieber’s Honest. Have a look at the similar shots from the two music videos here;

And now, Rupan Bal, the video director of Karan Aujla’s Oouuu song has stepped ahead to finally clear the air. He has released an official statement addressing the blames for copying the video concept.

(The video was delayed due to the demise of Sidhu brother. Otherwise, the video would have been dropped before Justin Bieber. While Rehaan Records and Karan Aujla team decided to delay projects in respect.)

In another story, Rupan also stated that he had made his first snow video in 2022. And it was way earlier than Justin’s video which was released in April 2022. 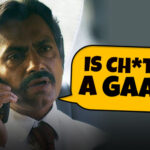 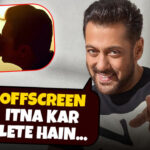