The makers of Sohreyan Da Pind Aa Gaya have recently released a new track from the film called ‘Saheli’. The song is actually a peppy way to celebrate break-up. The song’s video features Gurnam and Sargun Mehta and showcases the moments of the clash between the two.

Also Read: ‘He Could Have Done Better But…’: Sargun Mehta Comments On Aamir Khan’s Punjabi Accent In Laal Singh Chaddha

What impressed us the most in the song is its lyrics which are written amazingly and make the song stand out. It’s not like any other break-up song in which you’ll find sadness and a lot of crying. But in fact, this one focuses on the second side of the story. Lines like, ‘Peg Tere Vyah Di Khushi Ch Laavange’ and ‘Teri Saheli Nu Vyaah Ke Leyaavange’ will tickle your funny bones.

You must be aware that Sohreyan Da Pind Aa Gaya’s plot will show how Sargun Mehta unknowingly accepts the wedding proposal of another guy and Gurnam then decides to get married to a girl from Sargun’s village. This exact storyline is depicted in the video of the film’s latest song ‘Saheli’.

This song is penned, composed and sung by Gurnam Bhullar himself who had also impressed us in the other song ‘Jaan Waar Da’ from the same movie. Though it was a romantic track, this one is completely different.

Coming back to the film, Sohreyan Da Pind Aa Gaya will release on 8 July 2022. If you haven’t listened to the song already, here is its link for you; 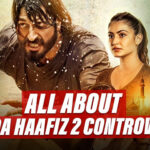 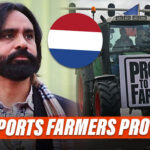