The Lawrence Bishnoi Gang is now making headlines every now and then. This is the same gang that took the responsibility for assassinating Punjabi Singer Sidhu Moosewala on 29 May 2022. Lawrence Bishnoi and Canada-based gangster Goldy Brar are considered the main accused of the artist’s murder.

Though it was the incident that pushed the gang’s name into news headlines recently, it later became very regular. After shooting Sidhu Moosewala dead, Lawrence Bishnoi sent death threats to Salman Khan. And not only this, it was also revealed that popular Bollywood filmmaker Karan Johar was also on the hitlist of the gang.

Also Read: Built Different: What Made Sidhu Moosewala Unique From The Rest Of The Artists?

The letter reads, ‘You will meet the same fate as Moose Wala. We will not spare anyone. Not even your family members.’ Apart from this, it is also reported that the letter had the initials of Lawrence Bishnoi and Goldy Brar as L.B & G.B.

Also Read: Delhi’s Mega Shopping Festival To Begin In Jan 2023. Everything You Need To Know
The additional deputy commissioner of Police East Jodhpur, Nazim Ali has confirmed providing more security to the lawyer. He stated, ‘Security has been provided to him. We are probing it.’ 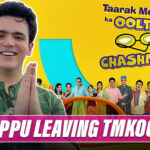 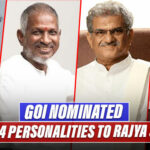