Singer and Actor Babbal Rai and Jaswinder Bhalla are all set to pack their bags to entertain their audience with their upcoming web-series “Ki Banu Puniya Da”, directed by Smeep Kang.

Babbal Rai took it to his social media handle where he announced the news with his fans. Take a look at that:

Ki Banu Puniya Da is a comedy based web- series in which the main lead will be played by Jaswinder Bhalla and Babbal Rai. In the web series Jaswinder Bhalla is playing a role Balwant Singh Punia whereas the actor Babbal Rai aka Rajveer Punia is seen as a son of Balwant Singh, and the crazy comedy ride will be portrayed by director Smaap Kang.They have not disclosed the female lead yet.

On the other hand, Actor and Singer Babbal Rai is busy with his upcoming projects as he is also working on another OTT project titled- Zila Sangrur. Recently the actor posted a picture on his Instagram handle where he disclosed the name of his character. Have a look on that as well 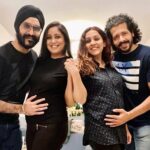 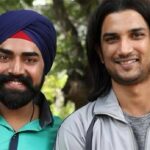