Are you willing to watch something worthy that can help you give your brain muscles a break from your real life, and get them busy in untying the reel thrills? Trust us, Sandeep aur Pinky Faraar is a must-watch for you.

The film stars Arjun Kapoor and Parineeti Chopra in lead and challenging roles.

But before we start reviewing the film in detail, let’s talk about it’s release. The film was initially released in theatres in March 2021 but as the theatres were shut soon, the movie was unfortunate enough to go unnoticed and put down from the silver screens. But now it has finally been re-released on OTT Platform Amazon Prime Video.

The story of the film revolves around the titular characters Sandeep and Pinky. But before your mind fools you or gets you in a trap let’s clear the fact that Sandeep is Parineeti Chopra and Arjun Kapoor plays Pinky. And just like this, the movie also highlights gender stereotypes.

It all starts from the revelation that Sandeep aka Sandy is involved with her boss and is also pregnant with his child. But Sandeep won’t let abortion happen at any cost. This leads her boss to plan an assassination and he sends a suspended Haryana police officer Pinky to pick Sandy and drop her for a date night with her boss.

But before this starts to confuse you, it’s important to know that their assassination is planned while the drive-in on. But somehow they succeed in escaping and Sandy convinces Pinky to help her escape. All this serious and thriller drama ends up as they reach Pithoragarh, a beautiful district in Uttarakhand which touches the borders of Nepal.

In Pithoragarh, they meet the sweet elderly couple played by Neena Gupta and Raghubir Yadav who will instantly become your favourite too. They agreed to let Sandy and Pinky stay with them.

But since they have escaped a threat, doesn’t mean they are safe now. The plot will head towards how they manage to save their lives and property by experiencing unexpected situations.

Writing more in detail about the movie will undoubtedly reveal the packet of surprise and we really don’t intend to give you any spoilers.

Besides it’s story, if we talk about other facts, the movie is receiving mixed reviews from the viewers as some believe Dibakar Banerjee’s direction is lacking and not up to the mark. But on the other hand, Anil Mehta’s camera skills are exceptional. Parineeti, Arjun, Jaideep, Neena Gupta, Raghubir Yadav and everybody has shown their acting skills beyond expectations. But when we talk about Parineeti Chopra and Arjun Kapoor, we must say they deserve extra appreciation. They were last seen together in their debut film Ishaqzaade, and we must say after 9 years, they’ve really grown up professionally.

Even if you aren’t a fan of the duo, you can give them a chance and watch this film. For us, this indeed is must watch.

WAATCH NOW IT ON AMAZON PRIME 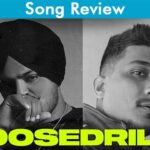 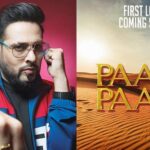