It’s been more than 100 years and nobody among us is over the Jallianwala Bagh Massacre even today. And neither have we forgotten Sardar Udham Singh’s revenge for it. And we are delighted that Bollywood has made a movie to pay tribute to him, who proved to be a real life hero.

Movie ‘Sardar Udham’ has been finally released on the OTT platform; Amazon Prime Video. The movie stars Vicky Kaushal in the character of revolutionary freedom fighter Sardar Udham Singh. Apart from him, the movie also stars Amol Parashar as Bhagat Singh and more actors like Banita Sandhu. And we believe that we all are well aware of the fact that this movie is not just a story to watch, but an emotional rollercoaster ride. Based on the life and sacrifice of Sardar Udham Singh for the country and to take revenge for the Jallianwala Bagh Massacre, this movie left us with wet eyes and a heavy heart.

Since, we consider Sardar Udham Singh as pride of not only Punjab, but of India, and this movie is based on what thousands of people had to face, watching it has been extremely emotional for us, and to pay our sincere tribute to Sardar Udham Singh, we have decided not to rate this movie. We believe this movie has recreacted reel version of the history which is not only important to remember but also emotionally connected to millions of people. Hence, this review is not a critical review, but all the emotions that we experienced while watching it.

Starting with the lead; Vicky Kaushal, we genuinely feel short of words to appreciate his acting skills. The level of dedication he has put in the movie can be seen, when there are points where you forget to recognise him as the Bollywood superstar Vicky Kaushal, but as Sardar Udham Singh. From his looks to his acting, expressions, pain visible in eyes, Vicky Kaushal has justified why he is the favourite of many. Another character who grabbed our attention was Sardar Bhagat Singh played by Amol Parashar. He had small screen space, but it was impactful and inspiring. And we have to say, each and every artist who has portrayed even the smallest character has our respect, because at no point we felt the movie lacks when it comes to the acting skills of the actors.

We also need to mention that Kiddaan’s team is now added in the fan list of Shoojit Sirkar, who has brilliantly directed the movie. From the beginning shot to the last one, at no moment the movie drops it’s magic. And to stand by the director, the cinematography team has also done commendable job, as there are various shots which have no dialogues, no movements, but still amazing.

And when we are talking about a movie, which is based on the time 100 years back then, it must be a task for the team to make sure that there is nothing that lacks the vibe of the old Punjab. The setup, locations, outfits and even the personalities that the movie included were beyond perfection.

And if you’re looking forward to knowing what’s all in the story of the movie, it’s all that we have been reading in our history classes and textbooks, but trust me watching it on screens is way more impactful. Yes, the movie included the scene where Sardar Udham Singh shoots Michael O. Dwyer dead, and also included the scene where he’s hanged to death. But what’s most important are the scene where the makers have tried to portray the kind of torture Sardar Udham Singh had to go through after his arrest in London. And not only this, but in the movie you will also get to know about how he managed to escape from India and all the struggles he had to face.

Basically each and every scene which is important and connected to Sardar Udham Singh’s life, is a part of this movie too. But there is one scene that’s the biggest of all. Not only in the case of screen timing, but also it’s impact and importance. The scene that shows the Jallianwala Bagh incident is going to make you feel shivers in your spine. And the thought of realising that this is just a made-up scene that is reel, and what the condition would have been in real when this incident actually takes place is horrible than what you can imagine.

With teary eyes and a storm of emotions in the heart, there is a lot more that this movie serves us with. If you’re a Punjabi, we guarantee that you’re going to feel proud to witness that Bollywood hasn’t spoiled the true essence of Punjabi this time. While the kids call their mom ‘Bebe’, Vicky Kaushal’s perfect Punjabi is also going to win your hearts.

So we are on the edge of concluding this review here. If you are someone who has always considered Sardar Udham Singh as your idol, this movie has been made just for you. And on the other hand, if you’re someone who’s willing to witness one more movie that has marked the brilliant acting skills of Vicky Kaushal, again this movie is made just for you. The reason can be anything, this movie is a must-watch today, and will always be.

And we are reminding you once again, be ready to become an added name in Vicky Kaushal’s fans after you finish watching it. 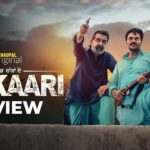 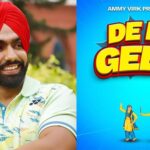