The very gorgeous and talented actress of Punjabi Film Industry, Sargun Mehta has announced her upcoming show ‘Udariyaan’ which will be launched on Colors TV.

This show will be Sargun’s comeback in the Television Industry after a while. She made this big announcement on the sets of currently airing television reality show Bigg Boss, season 14. The fans know Sargun and Harrdy Sandhu were the guests at Bigg Boss Weekend ka Vaar last week and there this announcement was made, when Sargun Mehta made Salman Khan listen to the title track of the upcoming TV Show.

Not only did Salman love the track, but also wished the team a very good luck. For now, no major details of the show are out, neither the cast is revealed. We wonder if Sargun will be featured on the show or she will be handling the production only. But we must say if we get to see her back on television it will be a treat for her fans. 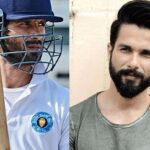 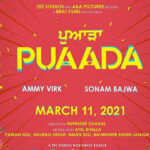