It is safe to say that we all are fans of our Melodious King- Satinder Sartaaj. The sweetness in his voice is to die for. He has surely made all of us believe in love all over again. His love songs are a hit and one can never get tired of listening to them. His songs for sure are evergreen.

Recently, a little secret of this sweet man was discovered. We are all aware of the love he has for singing but little did we know that besides singing, he also enjoys dancing. In an interview, Sonam Bajwa was seen questioning him about his love for dancing. She asked Sartaaj “ When was the last time you danced freely ?”, to which he answered “ To be very honest, whenever I dance, I make sure to dance freely and enjoy it the most”. He further added that ‘ it sometimes becomes a problem for him and his team members actually ask him to stop and not start again’.

Satinder also shared that recently he went to a University for an International Folk festival of 39 countries where the ambassadors from some countries were also present. While he was on the stage, music started playing and he couldn’t stop himself from dancing to the music. He was so engrossed in dancing that he actually borrowed a musical instrument known as ‘Chimta’ and started dancing with it. Everyone on the stage was seen enjoying and the fun vibes were spread all around.

The viral videos flaunting his moves were a treat for the audience to witness this fun and crazy side of the melody king. 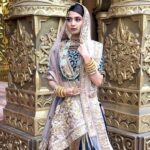 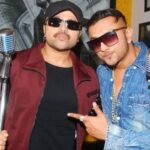