The lovers of Punjabi movies will be delighted to hear that one of the most anticipated Punjabi movies, Saukan Saunkne, has got a fresh release date. The film which stars Ammy Virk, Sargun Mehta and Nimrat Khaira will be hitting the big screens on 13 May 2022.

The makers of the film shared a poster with a new release date. As earlier this film was expected to hit the screens on May 6, 2022. And the fans of the actors seem to be ecstatic as the film will soon be seeing the daylight.

Coming to the credits, the movie is written by Amberdeep Singh and is directed by Amarjit Singh Saron. This multi-starrer movie will be released under 3 production houses which also includes Sargun Mehta’s own production house, Dreamiyata Pvt Ltd.

The film has all the elements to be excited for. We have seen Ammy Virk and Sargun Mehta sharing the screens earlier in Qismat and Qismat 2. And on the other hand, we have also witnessed Nimrat Khaira and Ammy Virk on the screens in the song Soorjan Wale but this movie will be the first time when three of these stars will be we haven’t anytime seen all three of them together and Saukan Saunkne is the film that is bringing three of the top-rated stars all together on the silver screens. And now all we can do is wait for 13 May as the movie is finally going to be released soon. 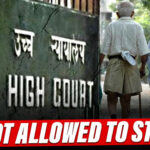 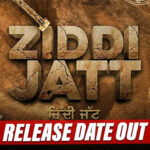