Saunkan Saunkne was one of the much-awaited Punjabi movies with a rich starcast. Highly excited fans had their eyes on its release, and now the film is finally in the theaters. This comedy film stars Ammy Virk, Sargun Mehta and Nimrat Khaira in the leading roles, while actors like Nirmal Rishi, Kaka Kautki, Sukhwinder Chahal and more are seen in supporting roles. In the film’s promotions, Ammy Virk had claimed that Saunkan Saunkne is his best comedy film ever made, but was it true? Read this honest Saunkan Saunkne Movie Review to know.

Beginning the Saunkan Saunkne movie review with its story, the trailer and pre-released songs of Saunkan Saunkne had already revealed a lot about the film’s plot. It revolves around the story of a couple in which the wife (Sargun) struggles to get pregnant. She then convinces her husband (Ammy) to marry her younger sister (Nimrat) to become parents

But when the two sisters become co-wives to a husband, they begin fighting and more dramatic troubles come their way.

We never doubted the skills of Ammy Virk and Sargun Mehta. Both of them have proved to be brilliant actors in various movies, and a much-loved on-screen couple in Qismat and Qismat 2. But we did not expect Nimrat to outstand like this. She nailed her performance in Saunkan Saunkne and deserves equal appreciation as Ammy and Sargun.

All three of the lead actors proved to be really acclaimed and masters of their art. They left no chances for us to pinpoint anything negative about their craft. And we are giving a special shout out to the fresh pairing of Nimrat Khaira and Ammy Virk, as this film is the hint for other casting directors to cast them together in more films.

But we also need to throw light on Nirmal Rishi’s character. At various points, she was simply adorable. This won’t be wrong to say that every film levels up when Nirmal Rishi is made a part of it.

The other actors like Kaka Kautki, Sukhwinder Chahal, Mohini Toor and Ravinder Mand in the supporting cast were also very impressive.

In Saunkan Saunkne movie review, we are next heading towards the backbone i.e., the screenplay of the film. Undoubtedly the well-written story by Amberdeep Singh follows a concept that’s not new but surely unique in Punjabi Film Industry. But its screenplay really disappointed us.

There were a number of scenes which felt exaggerated. Also, the first half of the film was super slow. It could have been really better if the story was picked up before the interval.

Even after the interval, we had to wait to finally experience what we went inside the cinema hall for, the kalesh between the saunkans Nimrat Khiara and Sargun Mehta.

But we cannot argue over the fact that the dialogues of the film were written at par excellence. They succeed in impressing us and tickle our bones.

Let’s talk about the Direction and Editing part of the film. Amarjit Singh Saron(Director) and Rohit Dhiman(Editor) fails to do their job with perfection

As already mentioned, the film includes some really exaggerated sequences which could have been easily chopped off to make the film crisp and goofy.

On the other hand, the director too left some strings loose, as we were not convinced with how the story was turning out at some points.

Music plays a pivotal role in a film journey. The soundtrack of Saunkan Saunkne is composed by Desi Crew, while the lyrics have been penned by Raj Ranjodh, Bunty Bains, Rony Ajnali, Gill Machhrai and Arjan Virk. Ammy Virk, Nimrat Khaira, Raj Ranjodh, Miss Pooja and Gurlez Akhtar have contributed in the vocals of the songs. And no doubt, some of its songs really left a mark on the audience and impressed them.

Everyone already knows that the title track of the film is the best of its playlist. But apart from it, there are a couple of songs which you will surely enjoy in the film.

Could Have Been Better If…

The editor could have fixed this movie if he was served a cup of strong coffee before heading to the editing table. Chopping off some songs and scenes would have surely made the film short, crisp and on point.

Also, how the film ends, is something that made us question the film’s conclusion. As the film heads towards the end, we expected something huge or at least convincing enough. But the film’s team chose a weird ending, which in reality conveys a negative message.

Overall, if we keep the logic out of Saunkan Saunkne’s storyline, then we can surely call the film a must-watch. If you are looking for family entertainment that’s light on the head and makes you laugh, then Saunkan Saunkne is the film for you.

There is a lot that makes this film special, like the amazing comedy sequences, some really well-written dialogues, the performances of the leads, and most importantly the drama.

To end the Saunkan Saunkne movie review, we conclude the film as a good entertainer which has the power to uplift your mood and make your family share a bundle of laughter. 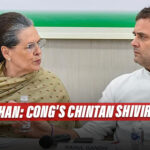 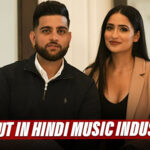