Ammy Virk, Sargun Mehta and Nimrat Khaira starrer Saunkan Saunkne is all set to hit the theatres. The trailer of the film is finally out and the audience is more excited than ever to know what the Amarjit Singh Saron directorial beholds for them.

The trailer opens with Sargun Mehta and Ammy Virk suffering from the problem of not conceiving a child for many years. This makes Sargun Mehta (Ammy’s wife) reach the weirdest conclusion you would have ever heard of. She suggests Ammy to marry her younger sister (Nimrat Khaira).

The real drama unfolds when Ammy actually marries Nimrat. The two sisters married to a single man start a never-ending drama, which the whole movie mainly revolves around. The story is going to be presented with loads of comedy to keep the audience engaged.

The trailer mainly reveals the plot of the film. Sargun Mehta and Ammy Virk are undoubtedly one of the most successful on-screen couples in the Punjabi Industry. Nimrat Khaira’s inclusion has come off as a complete explosion!

Nimrat Khaira looks really strong in her character, as far as the trailer goes. With Nirmal Rishi too in the cast, the film boasts of strong and immersive acting performances. The trailer did not reveal much but we have been assured a comedy with an engaging storyline.

We are going to see Nimrat Khaira for the first time sharing screens with Ammy and Sargun. Saunkan Saunkne has been one of the most awaited films since its announcement and the release date, 13 May, finally approaches. 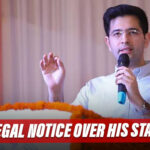