While it looks like we won’t be able to witness the first-ever World Test Championship Final to its fullest owing to the regular disturbances of bad light and rain washing away the match, two Englishmen have taken away all the limelight at the scenes.

The Englishman named Freddie Wilde and his flatmates start performing the Punjabi folk dance Bhangra to the irresistible beats of the Dhol playing at The Rose Bowl Stadium, Southampton, England.

READ | What Happened To The ‘How Can She Slap’ Guy? The Most Viral Meme So Far

India takes on New Zealand at the neutral earth of Southampton in the 144 year long Cricket history’s first ever World Test Championship Final, but the rain gods do not feel like being in a good mood to let the audience witness this ultimate test showdown.

But Freddie and his flatmates are here for the rescue, winning our hearts and making our day with their perfect Bhangra beat-synced steps to the Dhol.

The Test match has extended to a 5-day match, and the 6th day will be brought into play. ICC is having a hard time answering the questions of cricket analysts, veteran players and cricket lovers all around the world.

READ | Jhanjar To Legend: These Punjabi Censored Songs Will Tell You How Tharki Your Mind Is

While the audience is angry and disappointed at ICC for conducting the biggest ever cricket tournament at a venue so rain-prone, they have a clip to cheer their spirits up! 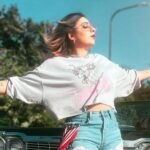 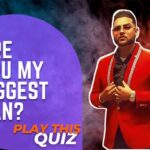