The Islamic Republic of Afghanistan that ruled the country of Afghanistan from 2001 was finally overthrown by the Islamic Emirate of Afghanistan, or more popularly known as the militant organization, Taliban on 15 August, 2021. While India celebrated 75 years of its Independence from British rule, people in Afghanistan mourned the death of stability and justice in their country.

Fearing the terror rule of the Taliban, people of Afghanistan immediately started running out of their country. Leaving behind their houses, their homeland, family and everything, they only had once motive, to escape the horrors which are about to come in Afghanistan.

The horrific scenes show hundreds of people trying to board a flight. No security, no police, no system, just hundreds of people fearing their lives, foreseeing the absolute horrors they are about to witness if they stay in this country.

India is trying to evacuate as many Afghans as possible through the medium of flights amid the crisis. It has airlifted many people from the Kabul airport and safely landed them at the Delhi airport but the mission is not over yet. Kabul Airport is still overcrowded like hell and the situation there is getting worse every second. It is to see how the world reacts to Afghanistan’s crisis. 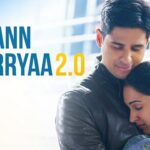 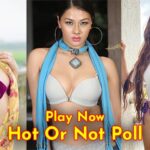