Sedition Law: The Supreme Court on Wednesday asked the Centre and states to refrain from registering any FIR invoking sedition charges till further re-examination is over. “All pending cases, appeals and proceedings with respect to charges framed for sedition should be kept in abeyance,” said the supreme court. Earlier, during the hearing, the Centre suggested that a superintendent of police ranked officer could be made responsible for monitoring the registration of FIRs for the offence of sedition.

The sedition law will be paused until the government completes its review, the Supreme Court said today in a landmark order that impacts hundreds charged under the colonial-era rule. Those already facing sedition charges can approach courts for bail. If any fresh cases are filed, those charged can approach the court. “The Union of India is at liberty to pass directives to states to prevent misuse of the law,” the Chief Justice added.

“We have discussed elaborately. We are passing this order. In view of the above, Union of India agrees with the Prima facie opinion expressed by the Court that the rigours of Section 124A is not in accordance with the current social milieu,” Chief Justice of India said on Wednesday during the hearing in the sedition law case.

‘We hope and trust Centre and state refrain from registering any FIRs invoking Section 124A IPC,” CJI said. The next hearing in the sedition law case is scheduled for Thursday.

“Victory! Supreme Court stays Sec 124A- no new cases can be filed, existing cases can apply for bail & release immediately. Thank you to my lawyer Sr. Advocate Gopal Sankaranarayan for his 1 pager which swung the day!.”

On the other hand, the Union law minister Kiren Rijiju has said, “We’ve made our positions very clear & also informed the court about the intention of our PM. We respect the court & its independence. But there’s a ‘Lakshman Rekha’ (line) that must be respected by all organs of the state in letter & spirit.”

Solicitor General Tushar Mehta, appearing for the Centre, also told the Supreme Court that the Centre has prepared a draft for the reconsideration of the law. 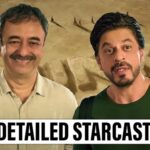 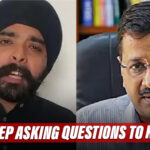