The storm named Sidhu Moosewala has undoubtedly penetrated to every part of the world. For the first time ever, Punjabi Music is no longer limited to just Punjab. It is crossing national and international boundaries and Sidhu Moosewala has played a huge role in its success, there’s no denying that.

Another example of the popularity of Sidhu Moosewala and Punjabi Music was seen in top Bollywood actor Shahid Kapoor’s Instagram stories. Shahid Kapoor could not resist but vibe to Sidhu Moosewala’s songs. He played Sidhu’s song ‘Us’ from his last released album, Moosetape, featuring Raja Kumari.

Us was one of the most successful tracks from the whole album. Be it Youtube, Apple Music charts or Spotify, it was the leading song all over the world. Its success can be attributed to the fact that the audience loves to see their ‘gangster’ Sidhu in this subtle & romantic avatar. It was the first romantic song from the album and proved to be a massive success.

In the follow up story, Shahid Kapoor found another Sidhu Moosewala track to vibe on. It was the song ‘Aroma’ from the same album. When the song was released it was praised heavily for the type of lyricism Sidhu had touched in it and Shahid Kapoor too became a fan of it.

Shahid Kapoor is one of the most popular celebrities in the country at the moment. He’s been in Bollywood for more than a decade and still keeps on dropping superhit blockbusters every now and then. A man with such a massive fan following fell in love with Sidhu’s tracks and could not resist taking it to his social media to share it with his fans.

Sidhu Moosewala is arguably the biggest artist the industry has seen in a long time. Be it the Punjabi industry, Bollywood celebrities, American celebrities or British rappers, everybody knows the name ‘Sidhu Moosewala’. It is surely a matter of pride for all of us as Punjabis to see our language and music reaching the masses. 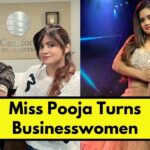 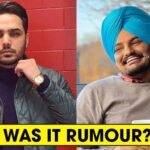