Bollywood actor Shahrukh Khan has finally been relieved from the rail-tragedy case after 5 years of struggle. The incident took place in 2017 when a petition was filed against Srk in Vadodara Court for ‘criminal negligence and recklessness’ and committing acts that endangered the life or personal safety of others during the promotional event of Raees.

In response to this, Shahrukh Khan moved the high court for a plea seeking quashing of the criminal charges against him. And the high court finally has made a decision on the matter. The court’s order says,

“The petitioner was promoting his movie on the railway station, after having obtained permission to do so from the authorities concerned. Neither could the acts of the petitioner be termed as being of extreme high degree of negligence or recklessness nor could the acts stated to be proximate or efficient cause for the alleged incident.”

The Vadodara court had issued summons to the Bollywood actor after Farheed Khan Pathan, a local politician died of a heart attack at the Vadodara Railway Station amid the rush of people. The chief judicial magistrate, Vadodara summoned Srk under sections 336, 337 and 338 of the Indian Penal Code (IPC) for allegedly committing acts endangering the life or personal safety of others and causing simple and grievous hurt to them by such acts.

The incident took place on 23 January 2017, when Shahrukh Khan was travelling from Mumbai to Delhi to promote his then-upcoming movie Raees. And to get a glimpse of the superstar, hundreds of people caused a stampede at the railway station. The superstar then threw smiley balls and t-shirts toward his fans which created chaos.

As per reports, the relatives of the victim also opposed Khan’s plea in the high court by stating Khan’s behaviour was irresponsible and caused the death of one of his fans. To this, Srk’s lawyer Mihir Thakore argued and said that throwing smiley balls or t-shirts cannot be considered a rash or an act that can endanger human life.

While the arguments on the case were on in the HC, the court also observed that the complaint registered against Srk was filed by a person who had no connection with the case or the victim.
Also Check: Tania’s Parents Didn’t Want Her To Pursue Acting 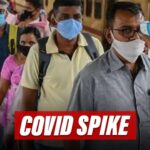 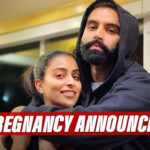