Punjabi comedy drama with an exquisite touch of romance is always proven to be a win-win theory for the Punjabi movie industry. Following the same theory, Vivek S Khanna is presenting a Punjabi romantic comedy drama ‘Shakkar Paare’. Will the audience love this movie the same way people love the namesake sweet. Read our Shakkar Paare Movie Review to know the answers.

Shakkar Paare is a Punjabi Rom-Com starring two young faces Eklavya Padam and Love Gill in lead roles. Helmed by Vivek S Khanna & produced by Vishnu K Poddar, Puneet Chawala & Sobha Poddar, Shakkar Paare is Locking its horn with Sonam Bajwa’s Jind Mahi on August 5. What makes this movie special & what are the flaws that we noticed, Kiddaan.com has penned this Shakkar Paare Movie Review to guide you with the quick insight of the Shakkar Paare Movie.

Beginning our review with the story of the movie which revolves around the duo Ekam (Eklavya) & Baani (Love). Ekam is a financially broken young man who visits Baba Mitha Das seeking the suggestion to get rich. Baba tells him that his financial growth is stalled & can be cured with love only. On the same day, Ekam accidentally met with Baani & even though their first interaction went on the wrong foot, Ekam tries to impress Baani in the whole movie.

Apart from their love angle, the movie also has some family & political drama.

We personally felt that the Screenplay of the movie was the real villain. A stretched story with a pathetically slow screenplay made this movie an uncomfortable sitcom. The story development has numerous flaws; such as when Ekam fell in love, it was like a time shift. Apology to all the Dog Lover’s out there but  the overpushed ‘Dog Lover concept’ in the movie was hard to digest, like seriously there’s a scene in the movie when Baani’s Dog/Romeo went missing and our dog lover Baani faints down…isn’t this Bizarre?

Didn’t mean to spoil the movie for you, but this is undoubtedly the worst movie in terms of climax. The ending was like the old Disney series that embraces a happy ending at any cost, Shakkar Paare wasn’t any different.

Talking about the young lead actor who comes with a south Indian actor look, Eklavya Padam who played the role of Ekam in the movie was good in his role but was missing his character’s grip at many points. His transitions from one dialogue to another seems plain & ineffective. However, keeping in mind that this is his first movie, Eklavya has done good work.

Beautiful Love Kaur has played the dog lover Baani in the movie & on-and-on she did a pretty good job. But there was always room for improvement for her while delivering the dialogues.

Sardar Sohi, Arsh Hundal & Shavinder Mahal performed below the expectations but the most shocking part is when you get to know that the movie includes Nirmal Rishi and Seema Kaushal who were not utilized well due to small screen time.

Moving forward to talk about the direction of the movie in our Shakkar Paare movie review,  we must say Vivek S Khanna failed at many points in the movie. From the already discussed story & screenplay part to the average cinematography or writing, Vivek could have pushed his limits to make his project a little better.

Characters are also written loosely, for example the Sardar Sohi’s character of Bakhtawar Singh Grewal seems in dizziness all the time. Even before the interval, the story feels like it’s losing its grip.  Vivek also missed a trick by not using the starcast in a better way; Nirmal Rishi & Seema Kaushal get a very small screen time in the movie & that’s quite strange, Isn’t it?

Honestly, whoever has scripted the dialogues for this movie should have worked harder. Some dialogues are way too cringe. And the over emphasized dialogue delivery by the actors makes it even worse.

Shakkar Paare boasts a nice song’s playlist. Songs like “Mehak Teri” by Prabh Gill & Shahid Mallya’s “Chad Dila” enhance the beauty of this musical album. However, the movie’s background score is very average and sometimes creepy too. Use of comical sfx at every scene in the movie gives the feel of a high budget YouTube video.

Concluding this Shakkar Paare Movie Review with some disappointments while rating this movie. After watching the trailer, we had good expectations from this movie but it failed to deliver the expected content. With some loose hands we rate this movie 1.5 star only but because of some of its songs and Honey Mattu’s performance, we’ll add half star more in our final rating. So team Kiddaan rates Shakkar Paare movie 2 stars out of 5.

If you are a light hearted movie’s lover or want to watch a Punjabi movie this weekend, visit the theaters nearby and watch Shakkar Paare with your friends & family.

Haven’t watched the Shakkar Paare movie’s trailer yet, here it is, check it out 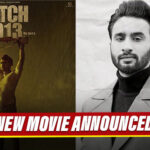