Most of the Indian Media Outlets are known for their biased stories and shameful headlines. Let it be some trending issue in our country or any news related to some individual, Indian Media has shown its biased side.

The purpose of Media groups is to provide news on what’s happening but here it’s totally opposite of that. Indian Media Outlets have always shown shamefulness for just increasing their viewership and TRP by using improper words, headlines, and titles.

Well, making such type of stories against an alive person was seen on a regular basis. But these outlets crossed all their limits when they didn’t even spare Late Actor Sidhhart Shukla. Check out some articles here:

1. Look at some channels that were trying to turn his death into a TRP-making ploy.

3. This is how the country’s biggest news channel used a rhyming title as a caption to a news segment about someone’s death.

4. This channel has been giving live updates from outside his house. What happened to giving the family privacy in their time of suffering?

5. We see yet another example of dishonorable journalism in the image below.

6.Some famous outlets have resorted to baseless conjecture such as this.

7.Is this how you choose to write a headline about someone’s passing? Check below how this outlet did this shameful act :

This is the level that Indian media can stoop to. Everybody should preserve some dignity for the dead and treat their loved ones with respect 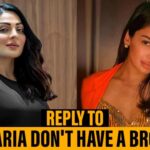 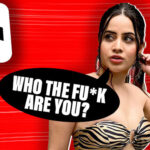