Ranbir Kapoor’s long awaited period action drama is finally set to release on the big screen on 22 July 2022. The trailer of Shamsera has been dropped on the internet at noon of 24th June. Starring two mammoths of acting, Ranbir Kapoor and Sanjay Dutt, the movie deals with the independence struggle of Indians from Britishers during the 19th century. Yash Raj Films & director  Karan Malhotra are hoping to do big earning with the hype they created for their historical drama.

The trailer of the movie begins with the legacy of the popular dacoit Shamshera in the voice of Ranbir Kapoor who himself is playing the dacoit legend in the movie. The first few seconds of the trailer suggests the movie to be a strong intense drama but as the trailer progresses humor embraces the plot of the movie.

The plot of the movie revolves around legendary dacoit Shamsera’s son who began to take the notorious advantage of his father’s name. Eventually he locked horns with the British Government that ruled India at that time. Sanjay Dutt who plays Shudh Singh, a cold blooded Indian police officer works for Britishers steps in to tackle Shamshera. Ranbir and Sanjay will collide to entertain the audience throughout the movie.

From the movie’s first look and poster, the expectations from the movie were to be something near to Ranveer Singh’s intense period drama, Padmavat. But the makers of Shamshera seem to have failed in doing so by making it a humorous one. However, the movie’s performance will depend on the full story & climax, when the real Shamshera, the father, shows up to the clone Shamshera, the son.

Beautiful Vaani… sorry forgot the whole story! She looks too hot, gorgeous & stunning as the love interest of Ranbir in the movie. Sanjay Dutt is playing the role of Shudh Singh, movie’s main antagonist, a cold blooded police officer in the British Government. Inclusion of versatile actors like Ashutosh Rana and Ronit Roy could be the master stroke from the filmmakers.

Overall, the trailer looks average in terms to be called a powerful period drama, as bollywood have already witnessed before. But the movie could still break many records at box office as Ranbir is making a comeback on big screen after 4 long years, his last movie was Sanju which came out in 2018.
If you havn’t see the trailer yet, Watch it here: 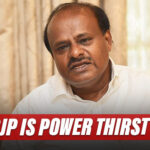