The much awaited Jimmy Sheirgill and Dev Kharoud starrer Shareek 2 was scheduled to be released in theatres worldwide on 24 June, 2022. However, the release date has now been postponed to 8 July, 2022. The announcement has been made by the team through a social media post.

Past few weeks have been too much to sink in for the people of Punjab. Be it the general public or the people of the industry, everyone has been through a hard time. It has been around 2 weeks since Sidhu Moosewala was shot dead by unknown assailants in Mansa, Punjab but the people have not been able to recover from the loss yet.

The loss is permanent. Everytime you hear a Sidhu Moosewala song, it pushes you back into the endless thought and grief cycle. The decision to postpone Shareek 2 has also been taken in light of the incident and to respect people’s feelings and give them time to recover from the loss. 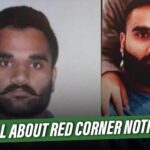 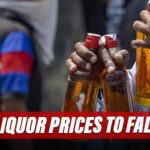