We have a good news for you to start your day with. As one of the most loved and popular singers of the Punjabi music industry Sharey Mann is all set to burst the music charts with his upcoming project.

You will be more than happy to know that the well known for his charming personality, Sharry Maan has recently announced his album ‘22 Di Tape’. The artist took to social media and shared the first look poster and some other significant details regarding the same. The album will consist of 22 songs. His look and the poster is giving us old skool vibes.

ALSO READ | Sharry Reveals What Made Him Quit Alcohol. Read To Unveil The Surprise

The song might depict his old days or his journey. But all these speculations will prove to be true when Sharry will share more information about his album. The title of the songs is not yet revealed. But he disclosed that the date of his first video will be announced soon. He further assures his fans that the pack of 22 songs will be loved by everyone.

Coming to the credits, the album will be released under the label of Maple Music. Meanwhile, as of now, Sharry Maan has impressed us with his super hit tracks, we are sure that the album ‘22 Di Tape’ will win our hearts. 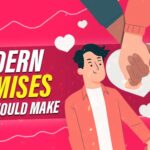 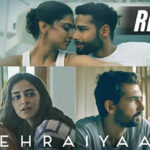