The Sharry-Parmish controversy doesn’t seem to end. Though Parmish has ended it from his side as he shared a couple of stories following a goodbye to his 5-year old friendship. And this old strong bond of friendship between Parmish and Sharry slowly started sliding away.

But now again Sharry Mann took to his Instagram and came up with another statement in which he says some of the artists ‘BREAD’ who extended their support to Parmish Verma. He said that this issue is among the two friends but some artists love to poke their noses in between. He continued and said none asked you and your concern regarding the matter. It seems like Sharry is saying this to Prince Narula who recently expressed his backing to Parmish Verma.

As Parmish earlier shared a couple of stories in which he gave the confirmation about the end of their friendship. And to this, now Sharry also continued the thread by saying that the friendship has been over now. He wrote ‘the biggest chapter of his life is closed’, which is directly hinted towards the end of their old bond.

Meanwhile, it all began when Sharry came to attend Parmish’ pre-wedding ceremony and even gave a performance but Parmish could not attend to Sharry as he was diverted with the rituals. This hurt Sharry who then began posting stories on his Instagram handle about how he had envisioned celebrating his friend’s wedding but his plans went awry.

He also used some pretty harsh words against his erstwhile friend Parmish. Sharry’s stories were then followed by a reply by Parmish. Both the stars kept on replying to each other through their social media and at the end, it felt like the friendship we all adored, was finally over. 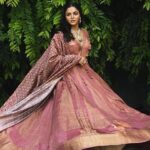 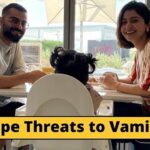