The film stars Gippy Grewal and Neeru Bajwa along with Himanshi Khurrana and Surilie Gautam.  The actor turned director took to instagram and shared the poster along with the releasing date. Shava Ni Girdhari Lal will release this year on December 17th.

Talking about Shava Ni Girdhari Lal, it is a period comedy set in the 1940s. The film stars many talented actors in pivotal roles. Further, coming to the credits, the story of the film is being written by Rana Ranbir and Gippy Grewal. This writer-director combination last won our hearts with Ardaas Karaan in 2019. Also,, the collaboration between Humble Motion Pictures, Pooja Entertainment Films Ltd. and Omjee Star Studios is a true example of like-minded people coming together to achieve miracles.

Fans are really excited for the film, it will surely be a treat for all cinema lovers as the makers believe in making high-value entertaining content. 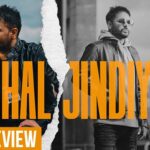 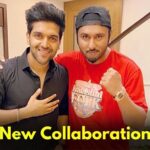