A rumor about the Bigg Boss fame Shehnaaz Gill has surfaced on social media. As per the rumor, Shehnaaz is dating popular TV host and dance icon Raghav Juyal. Shehnaaz, who was loved by her fans for her tuning with late actor Siddharth Shukla, has found her love again. But how much truth is there in this rumor?

Shehnaaz is currently busy with the shooting of her upcoming film “Kabhi Eid-Kabhi Diwali” starring Salman Khan. Shehnaaz is paired with Raghav Juyal in this big budget movie. Both the actors are loving each other’s company and are fond of each other as co-actors.

There were rumors that Shehnaaz was removed from Kabhi Eid Kabhi Diwali. But, the actress recently took to social media to laugh off the rumors. She wrote, “LOL! These rumors have been my daily dose of entertainment for the last few weeks. I can’t wait for people to watch the movie and of course me too in the movie.” 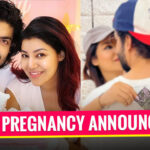 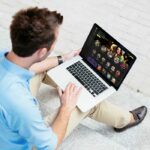