Shehnaaz Gill rose to fame with her amazing presence in Bigg Boss 13. The Punjabi singer and model won hearts of millions with her cute and bubbly personality. But now, she has transformed herself as the new internet sensation.

She keeps her fans entertained and updated with her life and latest shoots, by regularly posting new pictures and videos on her Instagram account. With lakhs of likes and thousands of comments, her Instagram posts usually go viral in no time.

Recently also she shared a reel video which has grabbed everyone’s attention. She is seen dressed in a very pretty rose gold barbie dress. It is a short sequined dress and its backless design was the show stealer.

Have a look at her video here,

In the video, she is seen flaunting her looks and features like a real barbie. Apart from the dress, her makeup and hair were also on point. Her hair were tied in a high pony. With it, she chose to mark a statement with smokey eyes and bold eyeliner.

Also Read: Ranbir Kapoor’s Fees For Brahmastra Will Actually Leave You In Shock

She kept the lips minimal with a glossy nude brown shade. With a perfect base, her contour also made her look super chick.

Her friends and fans are drooling over her looks and dropping appreciation in the comment section of her post. 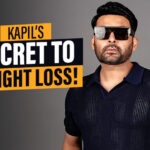 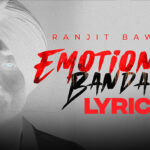