Actress Shehnaaz Gill was totally away from the public eye and any social media appearance since the unfortunate death of the former Bigg Boss contestant and her rumored boyfriend, Sidharth Shukla. Shehnaaz has finally made a comeback and fans are whole heartedly welcoming her on the social media by tweeting their feeling and love for her.  Shehnaaz was reportedly seen for the promotion of her upcoming film Honsla Rakh with Diljit Dosanjh and Sonam Bajwa.

Diljit Dosanjh, who is starring opposite Shehnaaz in the film, shared a funny recreation of his and the latter’s dialogue from the Honsla Rakh’s trailer on his instagram handle. One of the most popular dialogues from the recent trailer, “Bhaji please apne baby nu chup karaonge? Thode baby de chakkar ch mere baby da romance kharab horea ae!”, has been recreated in a funny way by the starcast of the film, Diljit Dosanjh, Sonam Bajwa & Shehnaaz Gill.

Shehnaaz is seen promoting the film by recreating the movie’s dialogue in the video with her co-actors. This hilarious video is getting viral and is being loved by the people because of Sana’s happy comeback after a month. She was shattered after the demise of Sidharth Shukla and was away from any view of people. Now, after this video fans are wishing her strength and showering their love and blessings on her. We wish Shehnaaz much power and strength and wish for her strong comeback now.

Honsla Rakh is Shehnaaz Gill’s debut movie as a lead actress and is scheduled to release on the coming friday, 15 October, 2021. Along With Shehnaaz, Diljit Dosanjh, Sonam Bajwa & Shinda Grewal will also be seen sharing the screen space with her. We are looking forward to its release and Shehnaaz’s appearance and coming back after a meltdown break. 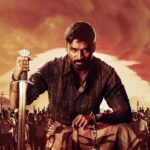 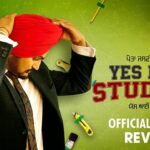