Shehnaaz Kaur Gill who rose to fame with her participation in Bigg Boss season 13 is now a much-loved social media queen. She enjoys a massive fan following which is extremely loyal and obsessed with her.

The actress is very active on social media and in public appearances that she keeps making headlines. Recently also. Shehnaaz was recently invited to Brahmakumari’s campaign for the empowerment of girls. In the event, Shehnaaz’s speech was bold enough to go viral on social media. She talked about a lot of stuff during the event. Gill opened up about how people used to make fun of her accent and Punjabi touch in pronunciation, but now the same people make videos on her one-liners.

We all know that various dialogues by Shehnaaz Gill went viral like ‘Tuhada Kutta Tommy, Saada Kutta-Kutta’, and ‘Such A Boring Day’. Both the dialogues were transformed into amazing musical pieces by Yashraj Mukhate and went viral on the internet.

Various chunks of her speech are doing rounds all around where she was seen talking about how her life changed after Bigg Boss, how confident she has become now and much more.

Both the statements by Shehnaaz impressed her fans and netizens are continuously praising her. Some are calling her the strongest and the others are approaching how she managed to move on after Sidharth Shukla’s sudden demise. 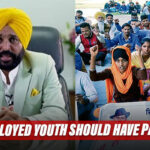 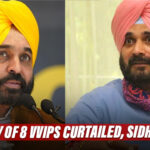