The ‘Punjab ki Katrina Kaif’ Shehnaaz Gill is one of the most popular Indian celebrities on social media. She enjoys a massive fan following and she is usually trending on various social platforms. And currently, also she is making big headlines for a recent tweet she shared on World Beard Day.

She rose to fame with her participation in the popular Indian television reality show Bigg Boss 13. And since then, she is quite active on social media. Now, coming back to the topic, the first Saturday of September is celebrated as World Beard Day. And Shehnaaz Gill also joined the people sharing their opinions on the widely celebrated day.

Also Read: Watch Any Movie In Theater For Only 75 INR On 16 September! Here’s Why & How

Shehnaaz took it to his official Twitter account and wrote, “What’s all this hype around a beard it’s got its own day now!

But it looks like Shehnaaz’s tweet has not gone well with various netizens. People are slamming the actress for her opinion on beards. Some bashed her for forgetting her Punjabi roots, and some confronted her by commenting, ‘Ask Your Grandfather To Shave First’.

Have a look at some of the tweets bashing Shehnaaz Gill here;

Also Read: #BoycottBrahmastra Trends! Netizens Express Anger After Alia Bhatt Says, ‘If You Don’t Like Me, Don’t Watch Me’

Many people, especially the men with beards are offended by Shehnaaz’s tweet and giving befitting replies to her. Users feel Shehnaaz herself belongs to a Punjabi family, so she should know the importance and value of a beard in a man’s life.

Immediately after Shehnaaz’s tweet went viral, Beardo company took the screenshot and shared the same on its official Instagram page. The company invited all the ‘beardos’ to unite and raise voices against Shehnaaz’s tweet.

The company has also released a cool beard poster to be shared on social media platforms.

Although it looks like Shehnaaz’s tweet was paid and an indirect promotion for the beard oil company. The netizens are going crazy on Twitter as the hashtag #HairyMasculinity is now trending. 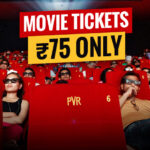 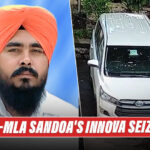