Shehnaaz Kuar Gill undoubtedly is considered as the queen bee of social media. She enjoys a massive fan following both online and offline. Though she keeps updating her Instagram feed with pictures from the latest photoshoots, currently she is making headlines after walking in a fashion show.

Yes, Shehnaaz Gill who rose to fame after her participation in the reality TV Show Bigg Boss, Season 13, has finally made her ramp debut. The actress turned showstopper for designer Samant Chauhan at Times Fashion Week.

The event was held in Ahmedabad, Gujarat where Shehnaaz looked dazzling in a bridal look. Not only this, she grabbed the attention of all as she made her ramp debut with a Sidhu Moosewala song playing in the background. Moosewala’s Sohne Lagde complimented Shehnaaz’s walk and added charm to it.

Also Read: How Did PropheC And Sidhu Moosewala Create The Melodious Sohne Lagde?

Shehnaaz wore a bright red lehenga choli, paired with heavy jewelry and makeup. She was brushed on by Vardan Nayak, while Baljit Cheema set her hair on point.

She looked cheerful and enjoyed every moment and was also seen flaunting some dance moves with designer Samant Chauhan.
Also Read: Not Shehnaaz Gill, Diljit Dosanjh Wanted THIS Actress To Play His Wife In Honsla Rakh
Shehnaaz surely has been the people’s favorite for the last two years and has grabbed the best opportunities. She has been featured in various hit and superhit songs by singers like Badshah, Tony Kakkar, Shreya Ghoshal and more. She also acted as a lead actress in Diljit Dosanjh’s superhit movie Honsla Rakh with Sonam Bajwa. And now, after walking on the ramp for the first time in her life, Gill has added a new feather to her hat. 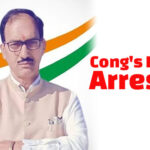 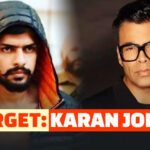