The Punjab Ki Katrina Kaif, Shehnaaz Gill has now become a national sensation. The actress is continuously working in sharpening her curves and refining her skills. Everyone knows that Shehnaaz’s career received a boom when she participated in the Television Reality show; Bigg Boss, season 13.

She believes Salman Khan is the man who has helped her earn fame, and he is also the same man who offered a role in his upcoming movie to Shehnaaz Gill. The actress will make her Bollywood debut in bhai’s upcoming and awaited big-budget movie ‘Kabhi Eid Kabhi Diwali’.

And now, Shehnaaz has also bagged another big Bollywood movie. She has been roped in for an upcoming Bollywood movie by Rhea Kapoor. Rhea has also produced acclaimed movies like Aisha, Khoobsurat and Veere Di Wedding. And all of these movies have been especially focused on the women characters. Hence, we are expecting Rhea’s upcoming movie might opt for the same characteristics.

As per the exclusive reports of ETimes, Shehnaaz has joined Anil Kapoor and Bhumi Pednekar in this upcoming movie which is expected to be based on a modern take on relationships.

The source also revealed, “Like Rhea’s previous film Veere Di Wedding (2018), her upcoming movie is also a women-oriented subject. Shehnaaz is the latest to join the cast of the film, which is slated to go on floors by the end of this month. This film will see Shehnaaz in a different avatar.”

For now, no more details like the film’s name, more actors, director or expected release aren’t revealed. The film’s shooting is set to be kickstarted by the end of this month. 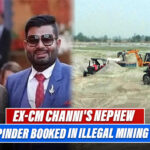 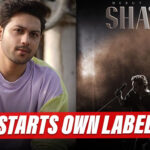