The social butterfly Shehnaaz Gill is the favourite diva of thousands of young fans. She participated in Bigg Boss, season 13 which took her to massive heights of fame and recognition. And since then, she has been featured in music videos of various songs. She even bagged a Punjabi movie Honsal Rakh with Diljit Dosanjh which turned out to be a blockbuster hit worldwide.

Talking about Shehnaaz’s Bollywood journey is yet to be started with Salman Khan’s upcoming movie Kabhi Eid Kabhi Diwali. But now, Shehnaaz is again in news as she has hinted about her collaboration with Bollywood superstar Sanjay Dutt.

Recently Shehnaaz was spotted in Mumbai’s Mehboob Studios where she interacted with the paparazzi. She posed with all smiles and also went on to reveal that she will be leaving for America with Sanjay Dutt. Shehnaaz quoted, ‘Main America Jaa Rahi Hoon, Sanju Bhai Ke Saath’.

Since Shehnaaz did not spill any details about his collaboration and international visit, the fans and media have been left wondering. Some reports believe Shehnaaz Gill has bagged another big Bollywood project with Sanjay Dutt, while others assure that Shehnaaz will be joining Sanjay Dutt for his concerts in America and Canada.

For now, nothing can be concretely said as no official statement or announcement regarding the probable film or Shehnaaz joining Dutt on his tour has been made. 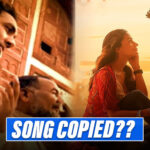 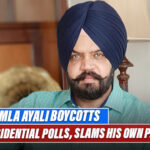