Shehnaaz Kaur Gill has been a sensation on social media after her participation in reality show Bigg Boss 13. After getting fame, she is getting appealing projects one after another. Recently she shot for an upcoming music video with Badshah in Kashmir. Her fans had many questions for her, for which she held a live session on Instagram.

In her live video, she talked about her experience while working with Badshah and her upcoming movie with Diljit Dosanjh. She said that she always dreamt of working with them (Badshah and Diljit). And now her wishes have come true. She also said that now she has some dreams lined up as she wants to work in Bollywood as well. Talking about Badshah and her experience while working with him, Shehnaaz said that as per common belief she thought Badshah would be a rude person, but he wasn’t. As Shehnaaz said, ‘He treated me very nicely’. She also revealed that her music video with rapper Badshah will be released soon. 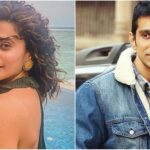