Gippy Grewal has just dropped the biggest announcement of the time! The singer turned actor announced through social media his upcoming Punjabi movie titled ‘Sheran Di Kaum Punjabi’. The film will be released worldwide in theatres on 14 April, 2023.

This time, the actor has gone beyond the bounds! This is not just an average comedy filled Punjabi movie. It looks like the team of Sheran Di Kaum Punjabi is all set to narrate a historic war tale from the Sikh history. The poster of the film features Gippy Grewal in a Sikh warrior’s attire with a war going on in the background.

The multi-talented Gippy Grewal is once again performing multiple roles in the making of this film. Gippy has written, produced and directed the movie all by himself. He will also be seen playing the lead role in the film. Apart from Gippy Grewal, the movie will star Karamjit Anmol. Rest of the cast remains a mystery as of now.

It has been presented under the banner of Humble Motion Pictures, the production house Gippy mostly works with. The movie looks grand in all possible senses. It can also be the story of a legendary Sikh warrior in real-life or can also be based on a fictional story. Nothing has been confirmed as of now. All we know is that the poster looks amazing and intriguing and we are already waiting for Gippy to make the 2023 Vaisakhi more special than ever!

Gippy has a lot in his plate to offer to his fans right now. He probably has more films than any other actor in the Punjabi Film Industry that the actor will be releasing this year and the next. Not only as an actor, Gippy is making all possible attempts to make his contribution to the industry in terms of directing, producing and writing. We should really be looking forward to Gippy Grewal. The actor has a reputation attached to him and he’s never seemed to disappoint. 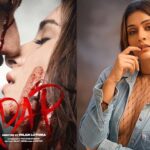 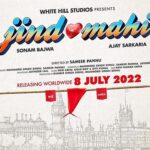