Bollywood actress and model Sherlyn Chopra has recently released a public statement which is being considered extremely pivotal in Raj Kundra’s case. Raj Kundra who is husband of popular Bollywood Actress Shilpa Shetty is currently receiving backlash and being trolled by the people as he is in the custody of Mumbai Police for making pornographic videos.

And recently actress Sherlyn Chopra has come forward to confess that she was the first one who gave an official statement against Raj Kundra. When asked about more details on the case, Sherlyn stated that she has a lot to talk about the matter but since the case is subjudice, she cannot reveal much about it.

She shared her video on her Twitter handle, which is going viral on various social media platforms. Have a look at the video here,

In the video, Sherlyn also took a dig at Poonam Pandey’s statement and said,
“When Maharashtra Cyber Cell had sent me a summons notice, unlike others who say ‘My heart goes out to Shilpa and her kids’, I did not go underground and did not go missing. I have not tried to flee from this city or this country. In March 2021, I went to the office of Cyber Cell and gave my neutral statement to them.”

Raj Kundra was arrested on Monday, and for now no official statement by him or his wife Shilpa Shetty is out yet. But Shilpa has decided to strictly avoid any public appearances for the promotions of her movie Hungama 2.

Rakhi Sawant Shows Support For Raj Kundra, Says ‘He Is A Respectable Businessman Of The Country’ 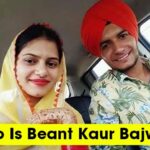